“Many people thought the science of fingerprint as individual identity is a new technology invented during the 20th and 21st century.”

What if I convince you that your little hypothesis is very much wrong?

The science of fingerprint has been as far back as the BC’s (Before Christ), where peasants use their fingerprints as a mark of trade payment. The nobles and royals use it as a mark of signature when passing a law or as a mark of identity when sending letters.

Artifacts of ridge-like patterns (fingerprints) pasted on clay tablets are found in some regions of the world which had been since 200 BC traced back to the Babylonians and the Ancient Chinese. Fingerprints are used as signatures after payment of tax during the era.

Fingers were impressed on clay during the Qin and Han Dynasties (221 BC – 220 AD) as a mark of trade. Records gotten from the Qin Dynasty (221-206 BC) include details about using fingerprints as evidence during burglary investigations. 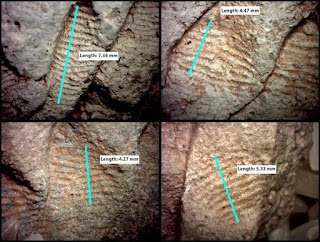 Further more, An artifact found in Persia was a book writing by Jaamehol Tawarikh during the 14th century with respect to Khajeh Radhiduddin Fazlllah Hamadani (1247-1318) entails the prove of identifying persons from their fingerprints.

Many artifacts of fingerprints found by archaeologist during modern days brought about the thoughts to solve the misery behind the fingerprints pandemonium.

THE SCIENCE OF FINGERPRINT AND IT’S FIRST PRACTICAL USAGE.

Few years later, a Scottish doctor, Henry Faulds working in Japan discovered finger prints left by an artists on ancient pies of clay. Due to the diversities of the fingerprints, he began to have interest in the misery behind fingerprints.

He sought help from his cousin Charles Darwin with developing a fingerprint classification system but null from Darwin. Darwin forwarded the message to Francis Galton.

In 1892, Galton published the first book on fingerprints. In his book, he identified the individuality and uniqueness of fingerprints. He emphasized that, the uniqueness is as a result of a tiny gaps across all ridges called MINUTIAE (with the pronunciation “MINUSHIE”).

The difference in minutiae is the science behind the use of fingerprint to determine crime suspect, an identical twin cannot have thesame fingerprints as a result of diversities in minutiae.
Read our next article and discover how open you are to the police.

QUESTIONS AND COMMENTS ARE WELCOMED

WE WILL REPLY SOON AS WE CAN

Coronavirus Could Disappear In U.S.…

Why keeping it Simple is…

Ram Mandir was visible in…

The Station: Hertz files for…

Nativists get desperate over Trump’s…