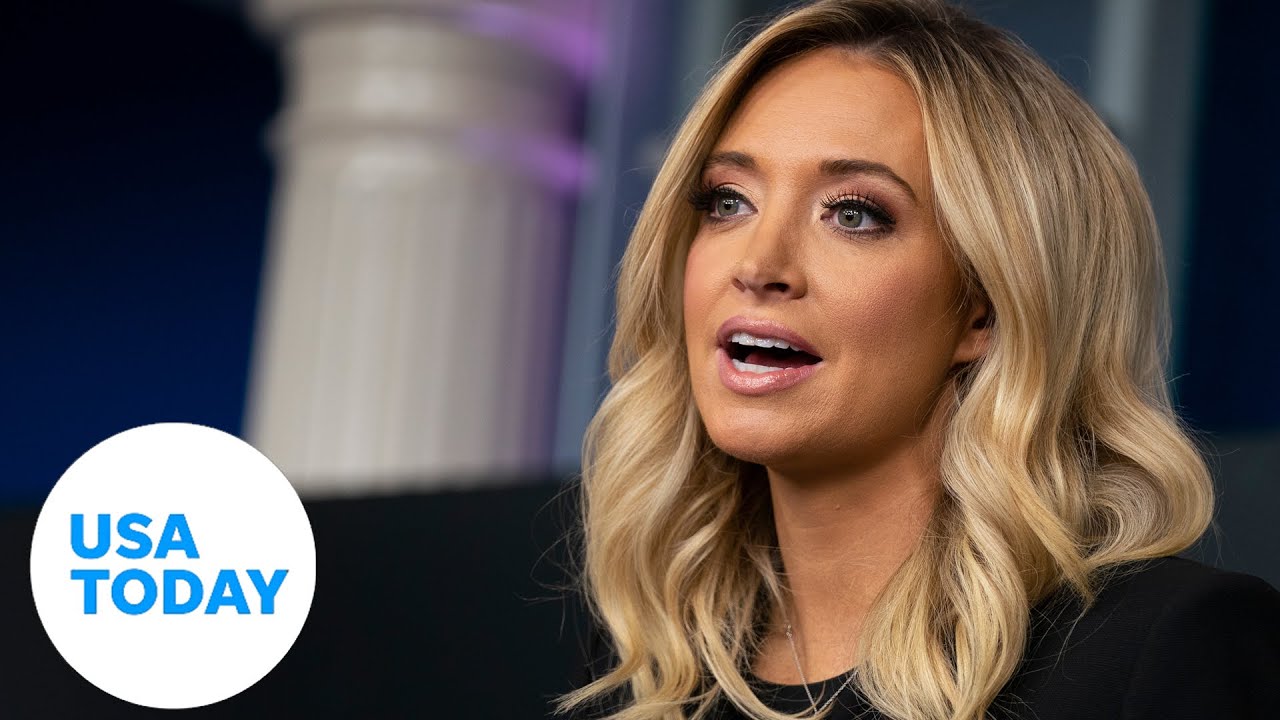 President Donald Trump is falling further behind Democrat Joe Biden in the race for the White House, a new USA TODAY/Suffolk Poll finds – but the president’s real opponent seems to be himself.

Opposition to Trump is by far the biggest factor propelling support for Biden, including among those who are lukewarm to the presumptive Democratic nominee.

Trump continues to hold a significant edge when it comes to enthusiasm among his supporters, an important factor in turning out voters. Half of Trump backers say they are “very excited” about their candidate, almost double the 27% of Biden backers who say that.

“Biden is a return to the status quo but it’s better than the direction we’ve been heading,” says James Pehrson, 23, a Democrat from Fairfax, Virginia, who was among those polled.

“I am not crazy enthusiastic about Biden as a candidate,” he says, but Trump is “not fit” for the presidency.

In contrast, Hannah Driskill, 32, a third grade teacher from Cabot, Arkansas, says she “will 110% vote” for Trump because of his stance on law and order and his record on the economy. “He’s done great things for our country,” the Republican says in a follow-up phone interview.

The survey asked voters to volunteer a word or two about why they support their candidate. For Trump, 20% cite the economy or jobs; 13% say he is doing a good job in office; 12% say they agree with him on issues. Those top reasons are all tied to the president and his performance.

For Biden, 44% say they are casting a vote against Trump. The second-ranking reason, at 8%: “Need a change.” Those top reasons are all tied to the president, too.

By a narrow 45%-41%, those surveyed predict Biden will defeat Trump in November. “They have seen this movie before, and their doubts about the outcome are rooted in the 2016 general election,” said David Paleologos, director of the Suffolk Political Research Center. Then, Democrat Hillary Clinton led in national polls but lost the White House to Trump.

The poll of 1,000 registered voters, taken by landline and cellphone Thursday through Monday, has a margin of error of plus or minus 3.1 percentage points.

The findings underscore the imperative for Biden to articulate a clear agenda for the country and to generate more enthusiasm among Democratic groups, including young people. His choice of a running mate and his performance in the fall debates could be crucial opportunities to do that.

Where do Americans stand on election issues? Let them tell you how they feel about this policy

In the poll, Black voters are more likely than white voters to say they are “very excited” about their candidate, 36% compared with 29%. Among young voters in both parties, just 16% of those under 25 and 23% of those 25 to 34 report being “very excited.” Among seniors, that number rises to 50%.

Biden, waging a campaign constrained by concerns about the coronavirus, improved his standing since the USA TODAY/Suffolk Poll in the spring. His support has ticked up 3 points in the two-way ballot test and 2 points in the three-way ballot.

Trump’s support has barely budged, down a single point since April in the three-way ballot and up a single point in the two-way ballot, more evidence of the rock-solid standing among his base he has demonstrated since he was elected four years ago.

Are you registered to vote? Check your status

US coronavirus map:Tracking the outbreak

On both the pandemic and the protests, the poll shows the president out of step with the views of most Americans.

“Our country still has problems, and it’s not the problems that Trump has talked about,” says Jacob Walker, 44, an independent voter from Auburn, California. He leans toward the GOP but plans to vote for Biden in November. “It’s different kinds of problems that we need to face that I think Biden will, probably not perfectly, face … far better.”

On handling the coronavirus, those surveyed overwhelmingly say Biden would do a better job than Trump, 57%-33%.

Asked about the national political conventions  next month, most Americans oppose the decision by Republicans to stage a traditional rally in Jacksonville, Florida, for Trump to accept the GOP nomination, despite the pandemic. That is called “reckless and dangerous” by 54% of those surveyed, including more than one in three Republicans.

Half that number, 27%, say Democrats made a mistake in moving largely toward a “virtual” convention anchored in Milwaukee, saying it will “cost them an opportunity to generate enthusiasm and organize supporters.” One in four Democrats call that decision a mistake.

The president has characterized the protesters brought to the streets by the Black Lives Matter movement as “thugs” and “anarchists” and vowed to crack down on them. Thirty-eight percent of those surveyed say the protesters are “going too far.” A 52% majority call the protests “an appropriate response to racial matters in the United States.”

Patrick Dohogne, 56, an executive with a construction company in Hartland, Wisconsin, supports peaceful protests but has been dismayed by violence he has seen at some. A Republican, he praises Trump’s record on appointing conservative judges, reducing federal regulations and cutting taxes, and he plans to vote for the president in November.

If Biden wins, he is likely to have “a heck of a time” in trying to pull the country together, Dohogne predicts.

“I think it’s going to be very hard, whoever gets elected, to try and reach out and try to promote bipartisanship and try to promote the country coming back a little more to the mainstream in the middle,” he says. “I firmly believe that needs to happen.”

Big issues? Biden better on handling 6 of 7, say those surveyed

Asked about seven major issues facing the nation, those surveyed say by double digits that Biden would do a better job in handling six of them: race relations, the COVID-19 pandemic, health care, immigration, national security and dealing with China.

Americans split on the seventh issue, the economy: 47% say Trump would do a better job, 45% say Biden would.

There is a similar divide when asked whether each candidate has demonstrated seven traits of leadership: can get things done; cares about people like you; honest and trustworthy; can bring the nation together; will keep his promises; has a vision for the country; and has the right experience to be president.

‘Law and order’:Trump returns to 2016 theme as violence spreads after George Floyd death

Trump receives a positive rating on just one of them: having “a vision for the country.” By 54%-43%, those surveyed say the president has demonstrated that characteristic. They split evenly over whether he can “get things done.” By double digits, they give him negative ratings on the other five traits.

Trump’s worst rating is on whether he can “bring the nation together.” By 69%-27%, those surveyed say he hasn’t demonstrated that characteristic.

Biden receives a positive rating on all seven issues. By double-digit margins, those surveyed say he could bring the country together, has a vision for the country, “cares about people like you” and can get things done. By 9 points, they say he would keep his promises and that he is honest and trustworthy.

Two-thirds of those surveyed, 67%, say Biden, a former vice president, has “the right experience to be president.” Thirty-seven percent say that of Trump, who has been president for 3½ years.

“I’m actually very excited about (the election) with hope that Donald Trump will be reelected,” says Arlynn Garcia, 71, a retiree and independent voter from Lake Havasu City, Arizona.

She worries there is “something in the air” that has made the times uncertain.

“Everything is political. You don’t know what to trust any more.” she says. “So I’m really nervous about it.”

Americas vaccine sprint may be…

The Future of Israels Borders:…